This week marked President Biden’s first 100 days and his first Joint Address to Congress, and somehow it was still a relatively slow not as completely overwhelming news week. Excited to share this week’s collection of posts and articles that cut through the noise, provide valuable information, diverse perspectives and thoughtful insight on current events. Here are reads worth your time this weekend.

Things worth reading this weekend

Did you watch Biden’s Joint Address? Whether you tuned in or not, NPR’s Annotation of the address is really useful. It includes fact checks and analysis of the remarks by NPR reporters.

The White House has helpful information about both the American Jobs Plan and the American Families Plan. And, of course, this is after passing the American Rescue Plan. Lots of plans to keep straight!

Low-Skill Workers Aren’t a Problem to Fix by Annie Lowrey.

“Describing American workers as low-skill also vaults over the discrimination that creates these “low-skill” jobs and pushes certain workers to them. And it positions American workers as being the problem, rather than American labor standards, racism and sexism, and social and educational infrastructure. It is a cancerous little phrase, low-skill. As the pandemic ends and the economy reopens, we need to leave it behind.”

Really fascinating Twitter thread from David Frum about the relationship between poor health, COVID hesitancy, gun violence and Republican voters. Quite the combination!

Newark Cops, With Reform, Didn’t Fire a Single Shot in 2020. This is several months old, but I just discovered it and it’s extremely relevant (and optimistic!). “Newark Police officers did not fire a single shot during the calendar year 2020, and the city didn’t pay a single dime to settle police brutality cases. That’s never happened, at least in the city’s modern history. At the same time, crime is dropping, and police recovered almost 500 illegal guns from the street during the year.”

The New York Times shared a very helpful piece about moving forward in a vaccine-mixed family: The Vaccinated Parents Guide to Life with Unvaccinated Kids.

Why are Women Bearing the Brunt of the Vaccine Side Effects? from Rolling Stone.

“Dr. Sabra Klein, professor at the Johns Hopkins Bloomberg School of Public Health and co-director of the Center for Women’s Health, Sex, and Gender Research, spoke to Rolling Stone about what researchers do and don’t know about the reasons why women have reported more reactions to the covid vaccines, while men have been effected more severely by the virus itself.”

“A Lot of Training is Focused on ‘Us Versus Them’”: How the White Nationalist Rot Has Seeped Into the US Military by Caleb Ecarma for Vanity Fair. “New reports highlight the ties between veterans and service members and extremist groups—a link that one expert fears the Pentagon is unequipped to handle. It goes ‘much deeper than we realize,’ he says.”

For Our White Friends Desiring to Be Allies, old from Sojourners, but always relevant.

How Biden’s American Families Plan will affect taxes for the wealthiest Americans, CNBC

Do you have a recommendation to include in next week’s Weekend Reads? Comment or email me.

Before you go, check these out:

Another week, another collection of things worth reading this weekend to catch you up on top news stories. I truly enjoy putting this list together

As usual, there’s a lot going on, but I love gathering my favorite reads and pieces to share here. As always, I’m excited about this

It’s May! How many times have you been rick-rolled with the Justin Timberlake belting out that *NSync song so far today? New month means it’s 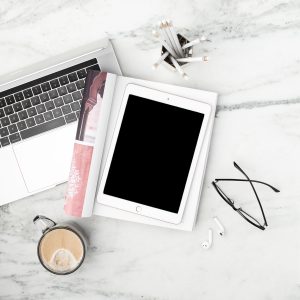 Between social media, 24 hour news, and everything, the amount of information can be incredibly overwhelming. Every week I’ll share some posts and articles that